I  often hear people say about a particular business or idea: “I thought of that a long time ago, but I never acted on it.” They indeed may have had an idea for a very successful business, but unfortunately, it remained just that – an idea.

Novelist Andre Malraux said, “Often the difference between a successful person and a failure is not one has better abilities or ideas, but the courage that one has to bet on one’s ideas, to take a calculated risk – and to act.”

Unfortunately, the prize only goes to those who take initiative.  I subscribe to the theory, “Ideas are cheap; execution is expensive.”  Obviously, the reality of taking action is that there is risk.  However, as author Denis Waitley noted, “Life is inherently risky. There is only one big risk you should avoid at all costs, and that is the risk of doing nothing.”

Gary Watts, Founder and CEO of Broadband Voice, is one of those entrepreneurs that is not afraid to turn ideas into action. 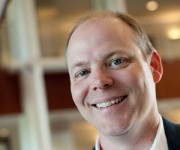 Watts grew up in Jackson and graduated from Mississippi College.  Upon graduation, he had the opportunity to own and operate a Dairy Queen franchise which he did for almost a decade. He went on to work in the sales division for a startup technology company, Unity Communications, based in Jackson. He was rapidly promoted to VP Sales in 2000, and in 2006,

Watts recognized that the next generation of telephony would be rooted in hosted VoIP solutions. That realization led him to start Broadband Voice to provide Voice over IP (VoIP) products and services for small to medium-sized businesses.  The company has now become one of the fastest growing VoIP technology companies in the Southeast.

Watts shared with me some words of wisdom for other leaders and entrepreneurs.  “Take chances. One thing that I do (probably to my wife’s dismay) is take chances. I’ve never heard of anyone growing and learning without some failure. And failure affords us opportunities that we might not otherwise experience.”  Watts candidly noted, “I walked away from owning a franchise in a situation that most people would have seen as a failure. But if I never had that experience, I would have never been able to establish the relationships and learn what I have to help build our growing business at Broadband Voice.”

One of Watts’ other key beliefs is that it is critical to operate a business with integrity.  He noted, “I’m a firm believer in running a business of ethical excellence. More and more, I see that honesty is becoming less valued, and it concerns me for our future. Our business and communities will thrive if we focus on transparency in our relationships.”  He also emphasized that trusting the people he hires is a key business philosophy.  Watts said, “I remain dedicated to choosing good people to lead Broadband Voice and allowing them to enhance their skills set within the workplace so that they are aligned to help lead this company to great things. Micromanaging leads to stifling the people within your business, which can lend itself to high turnover and an unhealthy business model.”

Watts is a great example of a leader who is not afraid to take a calculated risk and act.  Once he realized there was an opportunity in the marketplace to serve customers using VoIP technology he thoughtfully analyzed the marketplace and then with passion and persistence executed on his plan to deliver great service to customers.   Leaders like Watts remind me that true accomplishments occur when ideas are put into ACTION.