Author and speaker Denis Waitley noted, “Never become so much of an expert that you stop gaining expertise. View life as a continuous learning experience.”  One of things I have noticed in interviewing leaders is a common trait of a thirst for knowledge. They realize that learning is a journey and not a destination.  As Albert Einstein said, “I have found the more I learn, the more I realize how much I don’t know.” In today’s competitive marketplace, one of the real keys to success is continually building your expertise. Regardless of your role, if you are on a path to becoming a true expert then you are in a better position to contribute and add value to the organization.

My interviewee this week, T. Doug Dale Jr., has been committed to building his expertise in the field of wealth management.  Dale, a shareholder at Security Ballew in Jackson, regularly appears in the financial media as an expert on trends in the financial world. Dale has appeared on Fox Business News, CNBC, CNN and Bloomberg and been quoted in media outlets such as Reuters and The Associated Press. Dale is a native of Jackson and rather than follow in the family trade of architecture, he knew as early as high school that he wanted to work in the realm of finance. Dale earned his business degree from Ole Miss and while in college, he interned at Security Ballew which is a wealth management firm founded by Matt Ballew. Upon graduation, Dale returned to Jackson and earned his M.B.A. from Millsaps College. 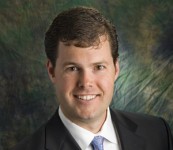 Dale took a full-time position at Security Ballew in 2005 and has been there ever since. He started as an associate with the firm calling on companies to help them with their retirement plans. Dale noted that Matt Ballew encouraged him early on to truly learn the fundamentals of wealth management. Dale did just that and has dedicated himself over the last 20 years to being a continuous learner in his profession. He noted, “I would have never guessed it in high school, but I have spent a large amount of time studying history in my career.” We discussed the famous Mark Twain quote, “History doesn’t repeat itself, but it does rhyme.”  As a history major myself, I appreciate his approach. When we see the bubbles and busts that cycle through our economy, it important to learn from the past. As George Santayana said, “Those who cannot remember the past are condemned to repeat it.”

In addition to their wealth advisory services, Dale and his partners created their own fund, Consillium Capital Fund, LP for accredited investors in 2013. Consillium means “advice” in Latin. Dale regularly writes newsletters and updates for his clients and investors where he shares his observations based on his research and study. I asked him what has contributed to his success as a wealth advisor and he shared, “We have tried to stay conservative in our approach and to help our clients avoid the extremes in their investing.”

As advice for future leaders, Dale said that he would encourage them to not be afraid to call people to learn about what they do. When he was in college, Dale visited with many professionals to learn about their work. He also said, “I would encourage people start wherever they can in the organization and be willing to work hard to earn the right to move up.”  Dale also emphasized the importance of building and maintaining relationships. Who you know” really does matter in the business world. Dale’s commitment to his craft was inspiring to me. We all can benefit from becoming “experts” in our chosen work.

We just have to be willing to pay the price.