A few years ago, authors Malcolm Gladwell(Outliers) and Geoff Colvin (Talent is Overrated)brought to the public’s attention the 10,000 hour rule for becoming an expert. They were citing the research of psychology professor Dr. K. Anders Ericsson in which he concluded that it takes about 10,000 hours of “deliberate practice” to truly become a master at your chosen endeavor. I bring this up because, as leaders, it is important to strive for excellence and mastery in your organizational setting. I was reminded of this research when I was thinking about my interviewee this week, Darden H. North, MD. Dr. North has not only enjoyed a long and productive career as a board-certified obstetrician/gynecologist with Jackson Healthcare for Women, but he also has established himself as a bestselling murder mystery and medical thriller author. 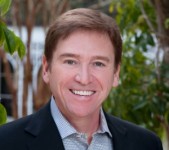 North, a native of Cleveland, Miss., graduated from Ole Miss where he was editor of the yearbook (The Ole Miss) and vice president of the Associated Student Body. He went on to get his medical degree from the University of Mississippi School of Medicine where he also completed his residency. North has served in leadership roles in his profession including serving as secretary of the Mississippi Obstetrics and Gynecology Society, chairman of the National ACOG Junior Fellow Advisory Council and chief of the medical staff of both River Oaks Hospital and Woman’s Hospital.

Well into his medical career, North hung up his golf clubs and decided to pursue professionally the hobby of writing. His first three novels, available in print and e-book, have been awarded nationally, most notably Points of Origin in Southern Fiction by the Independent Publishers Book Association (IPPY) Awards. Fresh Frozen is in film development by Frank Vitolo and Scott Alvaraz, screenplay adaptation by Amy Taylor. Darden’s fourth novel Wiggle Room was published also in print and e-book by Sartoris Literary Group in summer 2013. North’s books have sold over 17,000 copies. Today, North still maintains a full-time medical and surgical practice while also writing and participating in literary panel discussions with other writers.

North shared that he was inspired by his mother who taught him to believe in himself and that he could accomplish anything if he set his mind to it. This is a powerful thought to sow into the life of someone. One of my mentors often reminds me that “What I Can Conceive and Believe – I Can Achieve.” Not surprisingly, North emphasized that he believes it is important to have faith and find strength in God when reaching forward and “to never become complacent with the status quo.” North has tried to be an innovator both in his medical practice and as a writer. He was a pioneer in the use of robotic surgery in both multi- and single-site techniques and is a national instructional proctor for Intuitive Surgical Gynecological Robotics.

Like other effective leaders, North recognizes that we always have more to learn. He said, “I look for new opportunities and encourage others to do the same.” He advocates actively seeking advice from others and having the courage to listen for the kernels of truth that lie in complaints and criticisms. As a leader, he tries to acknowledge the potential in others and encourage them to achieve to the best of their ability.

As I learned more about Dr. North and his accomplishments, I came away with great respect for his ability to master not just one craft, but two. I also appreciate the courage it takes to “create” and to put your work product out into the marketplace. As North enters a season where he is delivering second generation babies, I also expect he will continue to be a prolific writer and contributor to the state.