In February of 2005, I was practicing in a two person law firm when my law partner and good friend Jesse Harrington passed away.  It was a time of great difficulty, and I considered what path to next take in life.  I distinctly remember someone sharing with me to not make any drastic changes for at least a year.  That was great advice. Towards the end of that year, I had the opportunity to get to know a young talented attorney named Patrick McCraney.  Patrick was several years younger than me, but had a great resume as an Ole Miss graduate and a law degree from Washington & Lee.   He had recently served as President of the Jackson Young Lawyers and was building a reputation as a real estate and business lawyer. 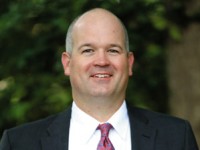 The son a prominent Jackson physician, Patrick was the youngest of four high achieving siblings.  Out of law school, he had an entrepreneurial drive which led him to explore some different avenues to combine his love of the law with his passion for business.  Some may describe that entrepreneurial drive as an affliction, if so, it is one that I have suffered for most of my life.  With a similar drive to help businesses grow and prosper, Patrick joined my law practice and over the next several years built a thriving practice. Except for a brief stint as a general counsel of a real estate company, Patrick focused on building his client base and continuing his leadership development including being a part of the inaugural class of the Mississippi Bar Leadership Forum and serving in leadership roles with Young Business Leaders of Jackson and the Capital Area Bar Association.

When I stepped away from practicing law day to day and assumed my current role with Butler Snow Advisory Services, Patrick took the leap to form his own law firm which today is McCraney, Coco & Lee, PLLC.  It is with great satisfaction that I have watched him develop as a leader in the law and build a thriving law practice.  I know first-hand how challenging it is to start a practice from scratch and juggle the demands of taking care of clients as well as running the operations of a law firm.

Patrick credits his parents with modeling for him the qualities of a leader.  He noted, “My father demonstrated consistency, priorities, faithfulness, discipline and compassion.  He had zero fear of being ‘unpopular’ in our world if that meant doing what he believed was right for our family or our well-being/personal development.”  His mother also assumed multiple leadership roles in the community, and he shared, “She clearly demonstrated that leadership roles were to be embraced and you should serve when called upon if at all possible within the context of your schedule and priorities.”

For future leaders, Patrick encourages them to “Be yourself!”  He shared, “You can certainly learn from and emulate others, but everyone’s leadership style is unique.   Lack of authenticity is very transparent and easily detected.   As much as people are drawn to authentic leadership, they are equally repelled by disingenuous actions and attitudes.”  Patrick also emphasized the importance of being a good listener and noted, “You can’t truly lead others when the only perspective or viewpoint you hear is your own.”   With four young children and a law practice to manage, Patrick keeps a very busy schedule; however as modeled by his parents, I expect that we will see continued commitment to leadership in his profession and the community.