A few years ago, Keith McFarland wrote a book titled The Breakthrough Company, which was based on a five-year study he did of more than 7,000 companies. I like his book because it focuses on how middle market companies can achieve lasting success. Too often, business books are geared towards large global companies which has little relevance for small and mid-size businesses.  One of the key attributes of companies that break out of the entrepreneurial phase is that they surround themselves with networks of outside resources which McFarland calls “scaffolding.”  For example, one story he shared was about former NFL Hall of Famer Roger Staubach, who started The Staubach Company real estate company in 1977.  Staubach faced some challenging times early on in his career, and he credits the support of his Young Presidents Organization (YPO) forum group for helping him work through the difficulties. 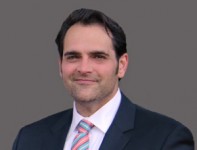 Whether forum groups, advisory boards or key consultants, there is much to be gained in having this kind of “scaffolding” as you build a business.

My interviewee this week, Kristian Agoglia, has built a successful vegetation management and disaster recovery company in New York and is now expanding his business to Mississippi. Kristian is a native of Long Island and grew up in a hard-working entrepreneurial family. He attributes the core values that his parents instilled in him as having a big impact on his success in business.

When Kristian was 15, he started a lawn service business, which was the predecessor to his business today, Looks Great Services.  By the time he graduated high school and went off to Liberty University, he had a thriving business, which he was able to continue even while in college and later graduate school at Regent University. In 1999, Kristian formally incorporated his business and the rest, as they say, “is history.” He has continued to grow his business and later added disaster clean up services as a service offering.

In 2005, Kristian deployed crews to Mississippi to help with post-Hurricane Katrina clean up. It was during this time that he met his wife who was from Columbia, Miss. After getting married, he decided it was time to start Looks Great Services of Mississippi, which specializes in vegetation management for utility companies and employs over 75 people in the state.  This past year, Kristian and his wife decided to relocate from New York to her hometown of Columbia.

As we discussed the challenges of growing a company, Kristian noted how he had always sought outside perspectives on his business. He shared a story of how he hired Bobb Biehl, a guest lecturer at Regent University, to advise him on his business while he was still in college. He shared, “It was a significant investment for me at the time, but it was worth every penny.” Biehl has continued to be an advisor to Kristian and his company. He noted, “I have always sought other people’s opinions and advice on my business to help identify blind spots, gain perspective, and improve my operations.” Kristian noted that over the last 15 years he has invested significant time and resources in seeking this type of feedback on his business and it has paid large dividends for him.

During disaster recovery projects, Kristian can have over 1,000 people working for him. His ability to scale quickly when needed is based on the quality of the team he has developed. He noted, “I try to help my employees find their strengths and focus their work on those type projects.” He continued, “My philosophy is to try and fit a round peg into a round hole.”  He spends a lot of time in the interview process to really get to know the individual. He wants to understand what truly motivates them and what they care about. Kristian’s commitment to maintaining his own “scaffolding,” his perseverance, and his perspective on the importance of people has him positioned for continued success in his business. Kristian is a welcome transplant to Mississippi, and I know he will have a positive impact on the state.