With the pace of life today and the pressures of the now, it can be challenging to take the long view. Understanding what is critically important in life and what isn’t can be difficult. I find that remarkable leaders keep a good perspective and have the ability to separate the good from the great. They can break through the tyranny of the urgent and “keep the main thing the main thing.” Dr. Patrick Tucker, owner of Physicians Urgent Care in Corinth and Booneville, is one of those leaders who understands the big picture and focuses his team on what is important. 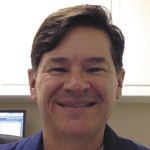 Tucker is a native of New Albany and graduated with a bachelor’s degree in biology from Ole Miss before earning his medical degree at the University of Mississippi Medical Center. Tucker was on a Navy scholarship in medical school, and he completed training with the Navy as an intern at the Charleston Navy Hospital in Charleston, South Carolina. After his internship, Tucker chose to be a Battalion Surgeon with the U.S. Marines at Camp Lejeune, North Carolina. He took this position at the beginning of Desert Shield/Desert Storm, and he served as the physician in charge of the medical care of approximately 1,700 members of the Battalion Landing Team which included 55 corpsmen under his supervision. He noted, “I believe this was the time that I began to realize and accept the responsibilities of being a leader. I learned that being a leader means embracing the authority and responsibility that goes with it.”

Tucker shared that one of the most impactful times of his military service was when he and a group of Corpsmen were in the desert during Desert Storm and an outbreak of dysentery developed causing dehydration amongst the troops. He said, “It was 120-130 degrees during the day, and the Marines were deathly ill.  Our team worked for days around the clock with very little sleep. My corpsmen went above and beyond to meet the needs with no complaining and a great attitude. They were all self-starters and did the right thing without being asked.” Tucker continued, “It is situations like those that help you realize that your leadership and the preparation of your team really matters.”

In 1999, Tucker founded Physicians Urgent Care in Corinth, and in 2011, he opened a second location in Booneville. With a staff of 20 including three nurse practitioners, Dr. Tucker and his team treat over 100 patients a day and have continually tried to provide “no wait” service. They were the first group in their area to utilize electronic medical records, and he has strived to keep them on the cutting edge of technology and care.

A man of deep faith, Tucker’s leadership principles reflect his beliefs. He believes in treating everyone with the utmost respect regardless of their position. He leads by example and has a servant heart. He emphasizes to younger leaders, “Live a life you will not regret. Always do the right thing and try to look far into the future when making decisions. Always do the right thing. Character and reputation will grow your business, and a quick dollar goes away as quickly as it comes.” Tucker’s principled approach to life and business have allowed him to build a very successful health care business and be a leader in his community. He is active in leadership in civic and church organizations and is passionate about medical mission work.  Dr. Tucker is a great example of how one can be a skilled physician, savvy business person, and civic minded leader. I know his community, patients and family have benefited from his vision and values.