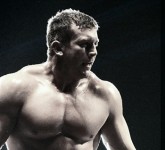 As regular readers of this column know, I enjoy finding outstanding leaders on the rise in Mississippi and sharing their stories.  This week I was able to catch up with Ted DiBiase, Jr. who is fast becoming one of Mississippi’s entrepreneurial success stories.  If his name is familiar to you, it is likely that you know from his days as a professional wrestler with the WWE or you remember his father Ted DiBiase, Sr. a/k/a “The Million Dollar Man.”  Despite having a celebrity father and getting to hang out with people like Hulk Hogan and Andre the Giant, Ted had a fairly normal childhood growing up in Clinton and being active in several sports and student government. Ted reflected on the consistent message he heard from his father growing up.  “Son, I came from a small town with one traffic light, and the only one who ever believed in me, my father, died when I was 15. No one believed I would ever leave that town. If you want something bad enough, you’ll do whatever it takes to get it. It won’t be easy, and it will seem very lonely. Whatever you do, don’t follow the crowd. Blaze your own trail, and be a leader.”

Ted has heeded his father advice. After graduating from Mississippi College with a degree in business, he decided to follow in his father’s footsteps to become a professional wrestler.  Just because he had the last name DiBiase did not mean he had a free pass to stardom.  He had to work for it.  He moved to Eldon, Missouri and began his training to pursue his dream.  Ted shared, “I worked 4 jobs while training to become a professional wrestler. I would wake up at 4:00 a.m. to go cut 18 fairways on a golf course then go stock produce at HiVee grocery store. On the weekends, I folded underwear and T-shirts at a Polo store at the outlet mall, and I would sweep and mop a gym floor for a free membership. I did this while training 4-5 days a week learning how to wrestle in hopes that I would one day work for the WWE.”  The hard work and dedication paid off.  He worked his way up to becoming a WWE superstar and traveled the world before retiring in 2013.

Ted credits his success to faith, focus, commitment, and sacrifice. He shared, “Without these, I never would have overcome the sleep deprivation, the depression of being away from friends and family, or the fear of failure.” Despite retiring from the ring, Ted has not slowed down.  In fact, he is in high gear as a serial entrepreneur.  He is the co-founder of GiveChat, a tech start-up which is an online platform that raises money for charity by leveraging celebrity’s social media platforms and fan bases to award fans with VIP experiences, and part owner of CollegeGarageSale.com.  Ted is also the co-founder of Dofflin Strategies, a strategic planning and development firm dedicated to producing results through business development. Dofflin has quickly taken off and his company is working with clients from around the country. Ted has a “pay it forward” mentality and regularly speaks to large audiences on the topics of leadership and teamwork.

Ted is one of those rare individuals who dreams big dreams but has the drive and focus to turn those dreams into reality.  As leadership guru John Maxwell said, “The dream is free; the journey is not.”  Ted will certainly be a leader to watch in the years to come as he channels his talents and energy into building great businesses and serving others.