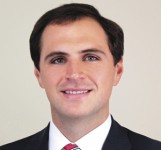 When I starting writing this column in 2008, my goal was to share positive stories about leaders making a difference in the state of Mississippi.  I have had the good fortune to interview inspirational leaders from around the state.  Great leaders “pay it forward,” and I have always tried to help them do that by sharing some of their leadership insights. It has been particularly exciting to visit with young and energetic leaders who are on the rise. My interviewee this week, Boyce Adams Jr., is one of those leaders.  Adams is president of Columbus-based TheBiz, a start-up business accounting software company, and he serves as vice-president for Marketing and Sales for its sister company BankTEL Systems.  BankTEL is a true Mississippi success story.  With over 1,400 clients, it is an Inc. 500 Fastest Growing Technology Company and was named one of the Deloitte Top 500 Fastest Growing Companies in 2014.

Adams grew up in Columbus and went on to Vanderbilt University in 2007 where he was an Ingram Scholar,  which emphasizes academic excellence, leadership, and community service.

After college, Adams worked at the White House in the Office of Presidential Personnel and later as special assistant to the administrator of the Federal Aviation Administration. He then returned to Mississippi in 2009 to join his father, Boyce Adams, Sr., at BankTEL.

Adams’ leadership and entrepreneurial skills were evident early.  In high school, he decided he wanted to learn to fly.  After obtaining his pilot license, he decided to recoup his investment by becoming a flight instructor.  He shared: “While it was not always easy convincing a middle-aged person they should learn to fly from an 18-year-old, it was a great lesson in challenging the status quo thought that age was the only measure of a person’s abilities, knowledge, or experience.”

Adams is a problem solver.  He explained, “There are always challenges in life whether it’s business or anything else.  I’ve always looked at ways to solve problems instead of dwelling on them. I like to take a step back when I’m involved in a project and determine perspective. Why are we doing this? Is it working? Can we do it better?”  These type questions help eliminate waste and inefficiency, and allow Adams and his team to focus on providing greater value to their customers. Adams honed these problem solving skills while working at the FAA.  He noted, “I learned from the administrator of the FAA how to take time after completing a task to reflect on it and learn how to improve upon it for the next time.”

Adams also has learned the importance of facing your fears.  He said, “Fear is the biggest impediment to achieving goals. Nothing is perfect and learning from mistakes is an important part of striving for success. Even the best leaders make mistakes, sooner or later. How I respond to those mistakes is what determines whether or not I’m an effective leader.”  He encourages leaders to give young people opportunities to grow and atain their goals. Adams emphasized, “In this fast-moving world of technology and practically instant access to information, listening to ideas and input from younger members of your business or organization is very important. Keeping younger members of your team involved will allow them to develop leadership skills and also for you to gauge what’s on the horizon in your organization.”

Adams has helped his company grow from 500 clients to 1,400 clients in 50 states and more than 15 countries.  I am encouraged not only by the success of Adams and his businesses, but also by his commitment to service in his community.  Leaders like Adams will shape Mississippi’s future. I look forward to it.